Often in bars and nightclubs can be seen in the flashing lights, a group of men and women gathered around a large kettle. Each person holds a pipe attached to the kettle, along with the sound of gurgling water deep inhalation, a thick white mist and fresh fruity flavor from the mouth into the air. Water pipe seems to be popular in recent years, so water pipe is not harmful to the human body in the end, from where it comes, smoke from what is produced, do you know all this?

Nightclub hookah, also known as Arabian hookah originated in India 800 years ago, and then gradually spread to the Arab world (so far 500 years of history), was developed by the Arabs, and became a common way of smoking tobacco folk. Now there are similar water pipe in Turkey, Iran, Central Asia. The Arabic name for hookah is SHI SHA, which is part of the Arab culture and traditions of Arab countries and life. It was once seen as "the dancing princess and the snake"; health, hygiene, elegance and elegance are the main characteristics of SHI SHA.

Although Arabic hookah is not a "big cigarette" or a drug, it is not a drug, it is just a kind of enjoyment from the heart.
Arabian hookahs are fruity and fresh, with a wide range of flavors. The flavors of hookah are divided into fruit flavors, herbal flavors and mixed flavors. Fruit flavors are: apple, coconut, blueberry, lemon, watermelon, orange, cherry, banana, mango, pineapple, golden apple, strawberry flavor, banana flavor, apricot flavor, grape, pineapple, watermelon and cantaloupe these; herbal flavors are: rose, cinnamon, vanilla, aniseed, cardamom these; mixed flavors are: coffee, cocktail, cola, cappuccino and so on.
There are many ways to play with hookahs, and you can also mix multiple flavors together according to your personal preferences. You can also add some apple juice, sour cherry juice, grape juice, orange juice, lemon juice, pomegranate juice or rose oil, and even wine to the water in the hookah, and this "cocktail blend" can make the smoke taste stronger and smell fragrant.

The smoke of hookah is produced by roasting and warming the fruit paste over charcoal. The paste is not a drug, and not a big tobacco paste.
Arabian water pipe smoking is fruit smoke paste, fruit smoke paste is made of 30% fresh tobacco leaves 70% dried fruit pulp and honey glycerin, attached to musk, ice chips and other traditional secret recipes. It has the efficacy of moving qi, opening the body and waking the brain, strengthening the spleen and calming the mind, promoting the lungs and resolving phlegm, relieving pain and inflammation, clearing heat and detoxifying many effects. It does not pose any harm to the human body, nor does it make the third party inhale second-hand smoke, and only leaves the fragrance of fruits in the air.
The nicotine content of water pipe is almost 0, and the tar content is 0.01mg (while cigarettes, such as Zhongnanhai contain 0.8mg, 1.0mg of tar, so it is clear that the harm of water pipe is much smaller than cigarettes), while smoking through the water filter, will be greater to reduce the harm of smoke. This point is the ordinary cigarette can not reach. The former Indian SOEX company also developed a tobacco-free, 0 tar, 0 nicotine herbal water pipe silk (fruit combustion), more so that many health-conscious fashionable men and women can enjoy the charming culture of Arabian water pipe, it has also become the perfect substitute for many water pipe lovers.
Originated in Arab countries, because of the basic nicotine free, but also has a strong fruit flavor, now has become the latest consumer fashion in Europe and the United States. This kind of water pipe has to smoke once for more than half an hour, equivalent to 18 cigarettes, but the toxins are only a few percent of a cigarette. Cigarettes are known to be harmful to the human body, but for smokers, it is very difficult to quit smoking. Smoking water pipe can get the same enjoyment as smoking, and can gradually away from the nicotine poisoning. That is why Arabian water pipe is also popular among women, and is considered to be a product of glamour and fashion.

Water pipe is a very popular and healthy way of smoking in many countries around the world, especially in Arab countries, which has a history of 500 years. European and American college students and socialites are popular to smoke Arabian water pipe. It is a new generation of fashionable smoking and leisure, the smoke is fragrant, popular in the United States, Europe and other countries, and has become a fashionable choice for aspiring people, widely used in families, foreign restaurants, cafes, clubs, high-end hotels, restaurants and other places, and has become a high-grade gift. Healthy, hygienic, gentle and elegant.

A knee-high gourd-shaped glass bottle, holding half a bottle of water, topped with a quail egg-sized charcoal. Smoke paste and fire charcoal placed on it, and let it slowly burn. The bottle of water smoke on the ground, dragging a long soft pipe. Smoking will emit a gurgling sound, wisps of light smoke overflowing dazzling, aromatic.

Many times, the process of smoking hookah is a sharing process. Because hookah is easy to draw people together for conversation, it has become popular in recent years, even in Europe and the United States. Because of the fast pace of life, hookah smoking is a relaxing experience of slow living, and hookah provides an atmosphere of harmony and togetherness just as people are smoking it, at the same time. By smoking hookah, people seem to find it easier to find a state of mind that is immersed in tranquility. 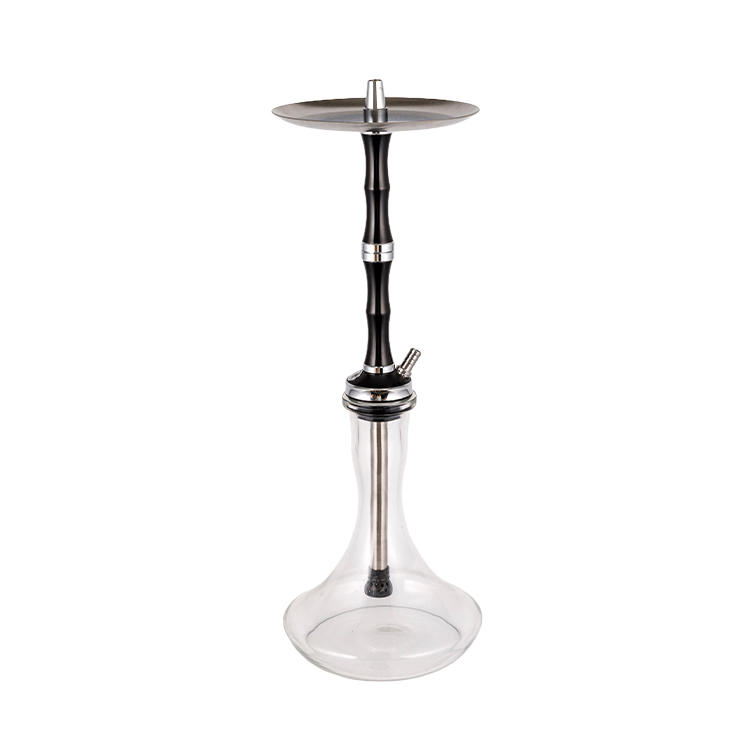