Turks pay attention to the "flue" when smoking hookah

To be honest, when I first arrived in Turkey, I saw a glass bottle larger than a plastic bucket for drinking water in a cafe, with several hoses attached, I really didn’t know what it was. I even asked my Turkish friends to know that this is a hookah for smoking hookah, which feels very fresh. Because since I was a child, I saw that the hookahs smoked by my grandfathers were all made of copper, and they were so small that they could be held in my hands. I had never seen a hookah as big as Turkey.

In fact, smoking hookah is also an "exotic product" for the Turks, which is imported from abroad. It was first popular in ancient India. At first, Indians smoked cocoa shells (some people say coconut shells), and they inhaled the smoke through straw. The Arabs learned it quickly and named it "Nardir", but instead of smoking cocoa shells, they smoked cocoa instead.

Later spread to Persia and Turkey, the Turks began to smoke hookah in the 16th century. Hookahs The tools needed to smoke hookahs are the aforementioned vats called "Nargile" (apparently derived from Arabic). They are generally conical or cylindrical, and are divided into upper and lower layers. Water is placed on the bottom layer. Tobacco leaves and charcoal fire are placed in the metal smoke pot at the top. There is a straight pipe in the middle. There are several hoses around the pot. Tube and mouthpiece, the smoker holds the straight section of the tube and inhales water-filtered smoke through the mouthpiece.

There are also several types of hookahs, the above ones are for multiple people to smoke together. There are also hookahs for only one person, which are smaller in size. In addition to glass, hookahs can also be made of porcelain or metal (such as brass), and high-end ones are made of Bohemian crystal or Chinese ceramics. Smoke pots are generally made of copper or clay, and cigarette holders are made of ceramic or stone materials. In the past, the hookahs used in the Ottoman palaces were made of crystal, and the pipes were made of gold or silver. The hoses were inlaid with various gems, which were very elegant. Now they are still available in the Topkapi Palace Museum in Istanbul. See.

Just like drinking tea has a tea ceremony, smoking hookah also has a "flue", and the whole production process takes several hours. First of all, a kind of tobacco called "Tumbek" originating in Iran should be chopped and soaked in water overnight, then taken out, covered with a wet towel, and left for a period of time. This process is called "moisturizing". Tobacco is good That's the key to being bad. When smoking, put the prepared tobacco into the copper pot at the top of the smoking pot, and it can be smoked after lighting. Smoking hookah is like smoking a pipe, inhaling with the diaphragm, inhaling the smoke into the stomach, not the chest cavity, the smoke is first filtered by water, so that harmful substances will not be directly inhaled into the body. Therefore, although Tumbek tobacco contains 5-10 times more nicotine than ordinary tobacco, it is much less harmful due to the filtering effect of water.

Turkey's best tumbek is produced in Hadim districts of Hatay and Konya provinces and is now in competition with Arab countries. Yembek tobacco imported from Egypt is made from fermented fruits and has flavors such as apple, almond, strawberry, banana, mint, and is very popular among young people. A good place to smoke hookah is the "Ottoman period". Hookah smoking was very popular. There are special places in cafes for people to smoke. In addition, there are special smokehouses. Now the number of people smoking hookah has been greatly reduced, but in some cafes or teahouses, people in twos and threes are often gathered next to the hookah, smoking hookah, while having fun and chatting.

If you want to try shisha, one of the best places to go is a place called "Songlin Po" in the Asian part of Istanbul. It is a 267-meter-high hillside covered with pine trees. From the top, you can see the Marmara Sea and the Bosphorus Strait. There are many marble seats and a coffee house on the hill. Visitors drink tea, coffee and hookah. Byzantine emperors rested here after hunting.

But the sultans of the Ottoman Empire were not interested, so it was abandoned. It was not until the period of Sultan Mahmud that this place became a good summer resort for the royal family and nobles. When Sultan Abdulhamit II, it became the fourth largest summer resort in Istanbul. It is still one of the places that tourists like to visit. 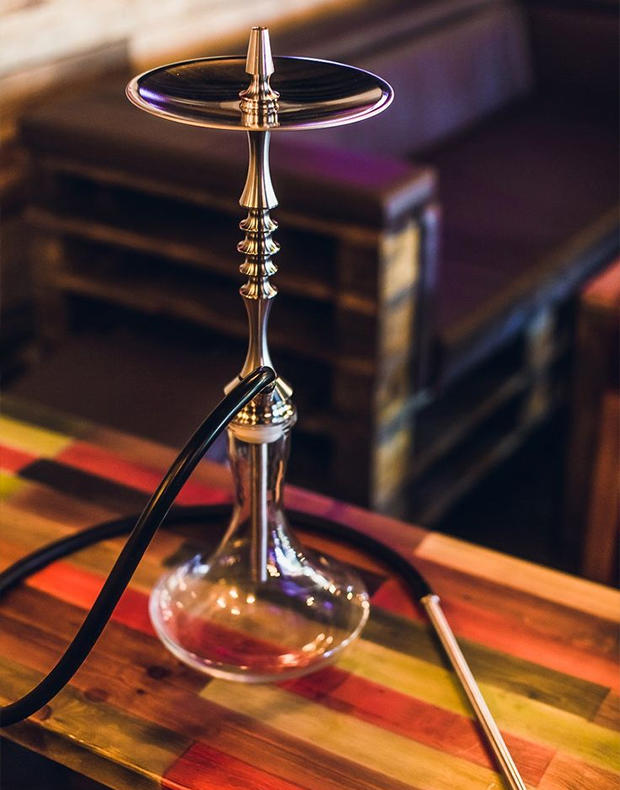